Door mats have proven to be very popular this spring!  Below is a sampling of what I’ve done but designs are only limited by your imagination!  Send me a message to order yours!

M contacted me about her wedding sign just before Christmas. She had had one made but they had moved their wedding date. Would I be able to change it? I said I’d give it a go!

The challenge here was how to remove the old date, match and apply the stain evenly, and match the font. I was most concerned about applying the stain evenly but fortunately, the sign was made of tongue and groove planks, meaning I only had to worry about one board! Also, the back wasn’t stained, so I was able to test out the stain colour there before applying it to the front. The odds were in my favour! Here’s the result: 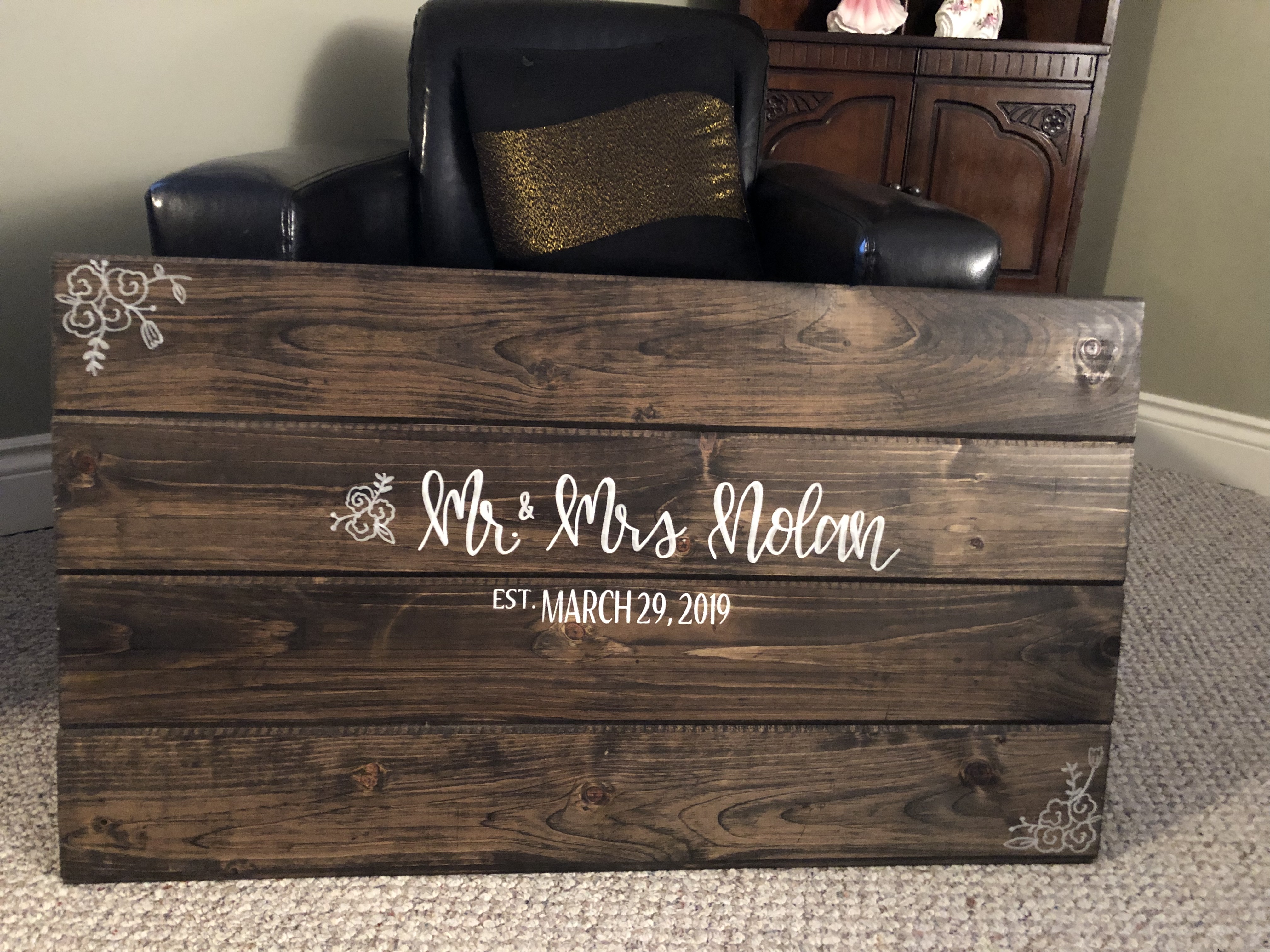 I also did a couple of smaller signs for her. The larger sign’s text had been free-handed, so rather than trying to duplicate it, I found a similar font. Here are the finished products: 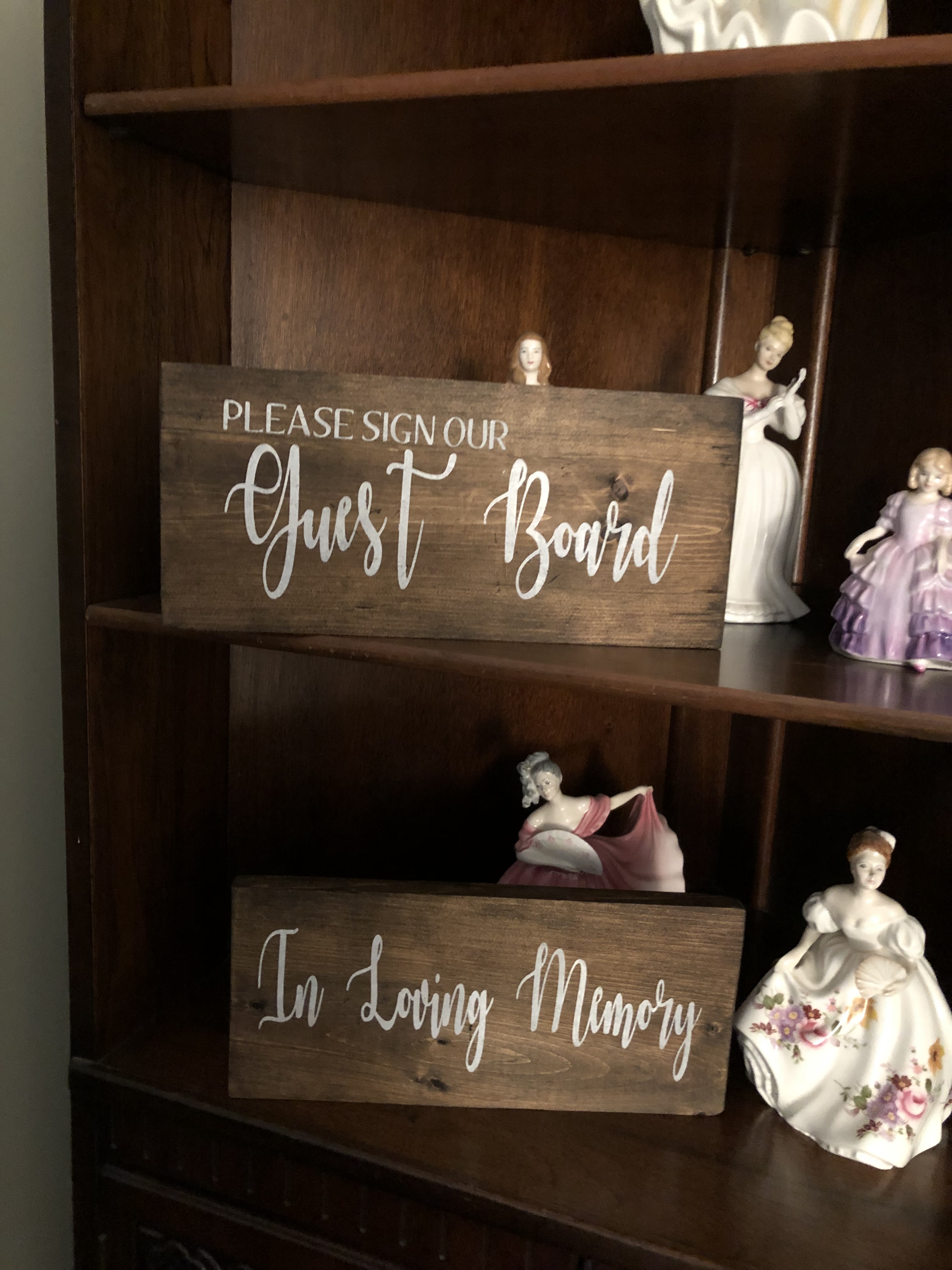 Not only was I happy to have successfully completed the challenge, M was a happy bride!

My daughter and son-in-law got the keys to their first house yesterday. What a beginning! They knew, based on their first visit to the house, that there might be items that wouldn’t leave with the previous occupant and that expectation did not disappoint. This is some of what we arrived to: 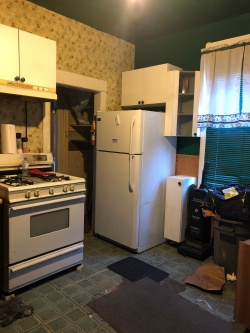 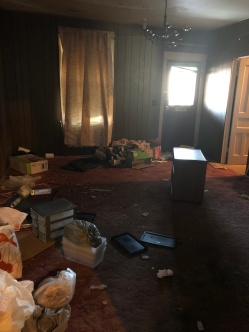 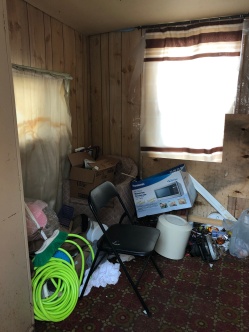 It was only when my son-in-law went into the basement on Friday night and then into the attic on Saturday morning that we realized that there was a larger problem. Both those spaces are full of stuff!

So, a quick review of the situation brought them to the conclusion that nothing could be removed until the dumpster arrives on Monday, at which time my daughter will also call their lawyer to see if there is any recourse. In the meantime, demolition could proceed, so, of course, it did!

The garbage that had been bagged up on Friday night, along with the carpets that had been lifted, needed to be removed. Two of the kids’ friends came with their pick-up trucks and hauled it all off to the dump. That gave us floor space to start working. 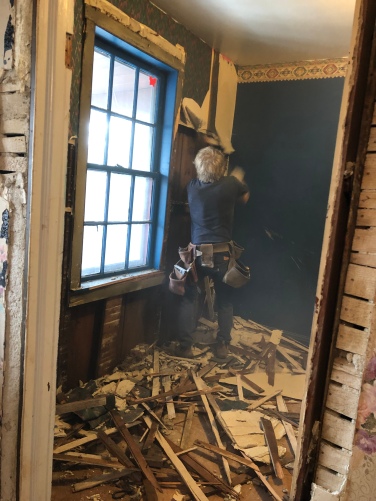 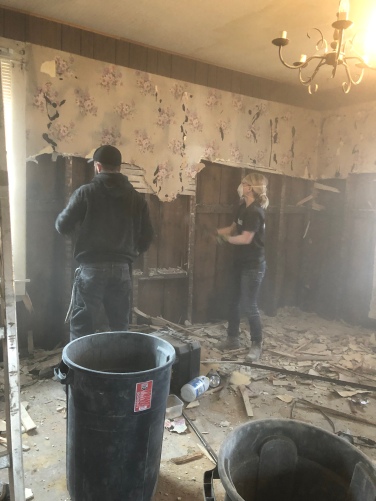 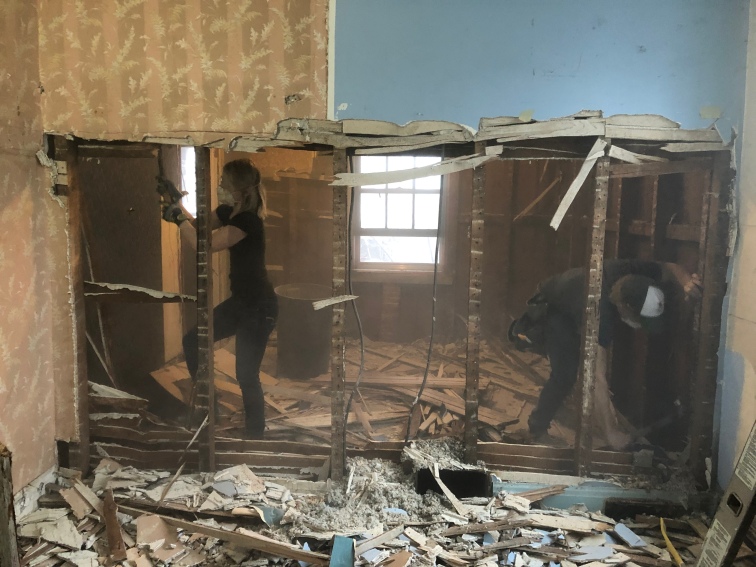 In the middle of the ensuing chaos, dear friends of mine showed up unannounced and ready to work. They stayed for a couple of hours but that made the difference in where things finished. A great rhythm of teamwork emerged—two people removing lath and plaster, while two more shovelled it up into bins which the remaining two emptied outside. Here is the result: 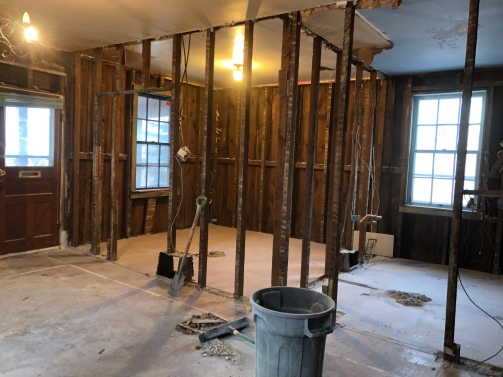 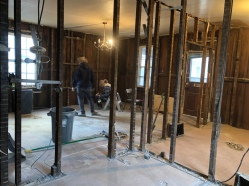 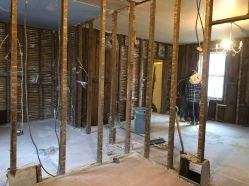 And of course, nothing could have been done without the PB&J that Nana, Papa and Darcy brought over for lunch! Also, my daughter-in-law, who had planned to be part of the wrecking crew but had to bow out because of sickness, brought over with a plate of delicious cookies! Gotta fuel the body, although I’m not sure stopping to eat was good in terms of my momentum!

Once the dumpster arrives it will need to be loaded up. There are also some purchases that need to be made like windows and doors. Next week the kitchen and bathroom will need to be demo’d and new footprints planned. A bearing wall needs to be removed and a temporary wall installed until a header is added. And…well, you get the picture! It’s going to be a busy few weeks but we’ll get there! 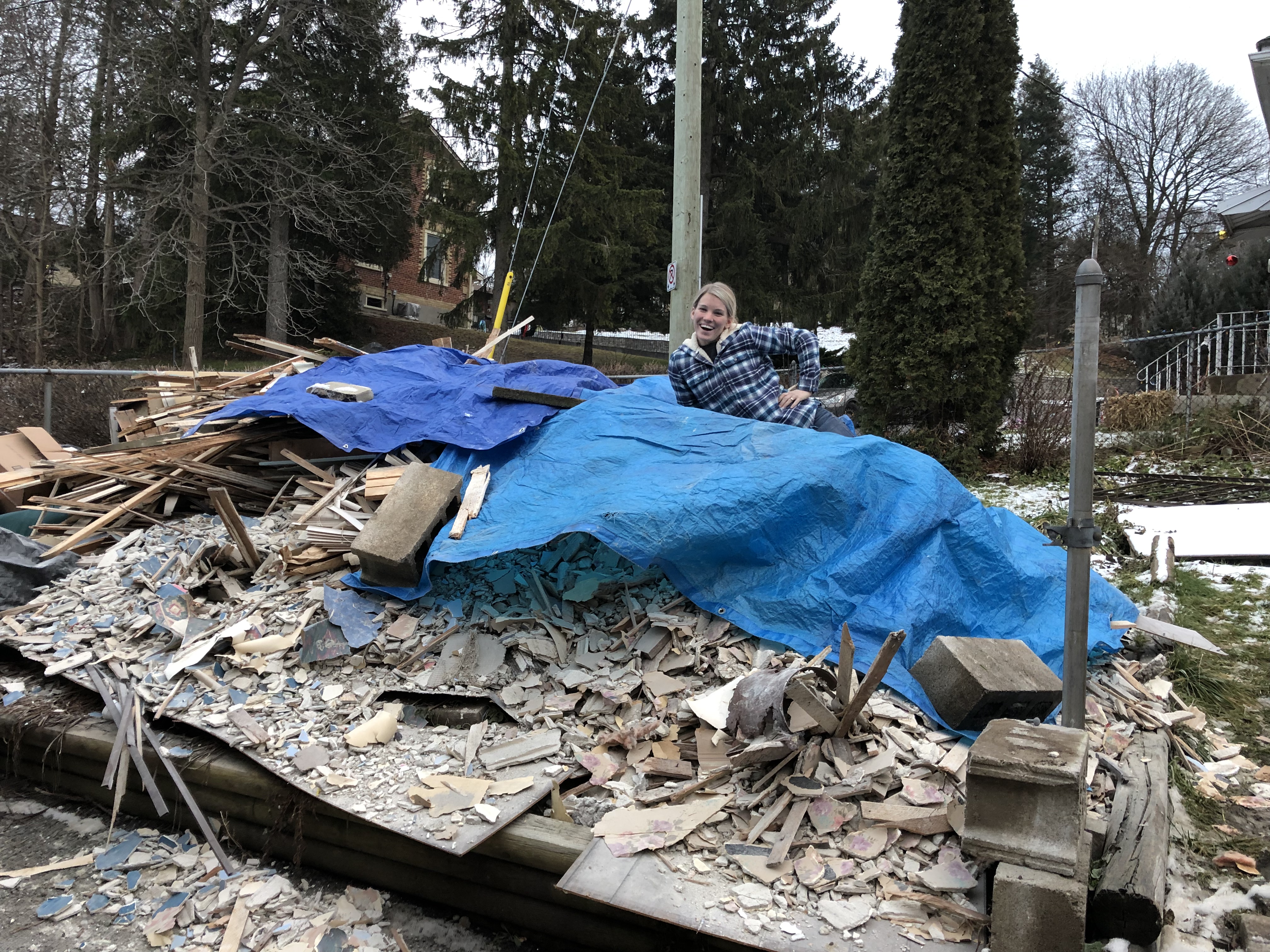